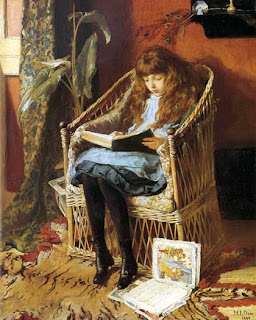 I just finished putting up the display in the library for Banned Books Week, which is September 27-October 4 this year. “Closing books shuts out ideas” is the theme. I found several other quotes—“Free people read freely,” for example. Here’s a list of the ten most challenged books of 2007:
1) “And Tango Makes Three,” by Justin Richardson/Peter Parnell Reasons: Anti-Ethnic, Sexism, Homosexuality, Anti-Family, Religious Viewpoint, Unsuited to Age Group
2) The Chocolate War,” by Robert Cormier Reasons: Sexually Explicit, Offensive Language, Violence
3) “Olive’s Ocean,” by Kevin Henkes Reasons: Sexually Explicit and Offensive Language
4) “The Golden Compass,” by Philip Pullman Reasons: Religious Viewpoint
5) “The Adventures of Huckleberry Finn,” by Mark Twain Reasons: Racism
6) “The Color Purple,” by Alice Walker Reasons: Homosexuality, Sexually Explicit, Offensive Language
7) “TTYL,” by Lauren Myracle Reasons: Sexually Explicit, Offensive Language, Unsuited to Age Group
8) “I Know Why the Caged Bird Sings,” by Maya Angelou Reasons: Sexually Explicit
9) “It’s Perfectly Normal,” by Robie Harris Reasons: Sex Education, Sexually Explicit
10) “The Perks of Being A Wallflower,” by Stephen Chbosky Reasons: Homosexuality, Sexually Explicit, Offensive Language, Unsuited to Age Group
We have eight of them in our high school library, and lots more that hit the Top 100 Banned Books list year after year. To see them, click here.
Locally, a woman recently stole a sex-education book from a Maine public library, claiming it was pornographic. She refused to return it or pay for its replacement, so her pastor did. Interestingly enough, several library patrons replaced the book and there are about six copies now instead of one. With the revelation that the Republican vice-presidential candidate asked her town’s librarian the “rhetorical question” (I believe she meant hypothetical question) on how one went about banning books, Banned Books Week has taken on an even greater interest to me.
The image of a librarian is a conservative one—the glasses, the bun, the sensible shoes so one can creep up behind miscreants who are defacing books. But beneath that veneer lies the wildly beating heart of a libertarian. I don’t have a Masters in Library Science, but I believe I have the right to make my own decisions as to what I read, or , when they were younger, what my children read. I agree with Granville Hicks who said “A censor is a man who knows more than he thinks you ought to.” I’ll leave you with some other thoughts to ponder.
“I am opposed to any form of tyranny over the mind of man.”– Thomas Jefferson
“Censorship of anything, at any time, in any place, on whatever pretense, has always been and always be the last resort of the boob and the bigot.”– Eugene O’Neill
“Freedom of the Press, if it means anything at all, means the freedom to criticize and oppose.”– George Orwell
“Censorship reflects society’s lack of confidence in itself. It is a hallmark of an authoritarian regime.”– Supreme Court Justice Potter Stewart
Getting off the soapbox now. Go read a banned book!