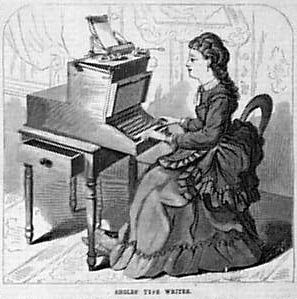 Not Corps. Don’t want you to think I don’t know how to spell. My current heroine is a writer of gothic novels, and her writing plays a central role in Mistress by Marriage. This is not the first time I’ve wound up with a writer-heroine. They do say to write what you know, and when you’re stuck in front of the computer, you forget there are other possibilities out there.
One of my very earliest novella characters was a romance writer who didn’t believe in love. She got the guy anyway, and had twins to boot. *Snort*. Then there was infamous Kelly King, who wrote several romances simultaneously, much to the dismay of her mixed-up couples.
It’s hard to find the proper ‘career’ for a historical heroine. Writing historicals is both a blessing and a curse. On the one hand, you can get away with all sorts of Uber-Alpha-Maleness and unprotected sex that would be extremely irritating in real life. On the other hand, women were expected to play a very different role in society, and to be true to the era, you really can’t have a heroine running around claiming she wants to stay unmarried and be ‘independent.’ Are you telling me that instead of having a nice warm hero in her bed, she’d rather be at the mercy of her father, her brother or some cross-eyed cousin? I don’t think so. Getting the balance right between 21st century sensibilities and 19th century reality is tricky.
What are ‘acceptable’ activities for your historical heroines? If you write contemporaries, how big a role does employment play in your plot?
March is Women’s History Month. Go out and make some!