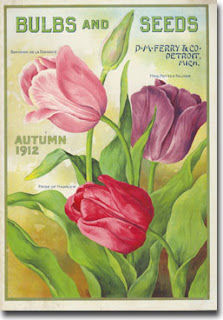 For fun, I went back to my old blog posts to discover when I realized I had a series on my hands. It was June 8, 2008. Go ahead. Click on the link and refresh your memory. I’ll wait.
Hi again! When I wrote that paragraph in Mistress by Midnight, it was like everything else I write—it just happened. I like the term organic, which implies some sort of natural, healthy growth. We all know it means disorganized and half-crazy. As you know, I’m a pantser of mega-organic proportions,and I find my mind to be a mysteriously strange and fertile thing. So often, I’ve dropped a psychic hint or planted a useful seed or whatever you want to call it that suddenly makes sense later and takes the story in a new direction. So while Midnight will be Book Two in the Courtesan Court series in December 2010, I wrote it first and owe it everything. And how good is it to go from June 2008 to June 2009 and have the books wrapped up in a pretty Kensington Brava package? It’s sinfully good!
I submitted my proposal for the second Berkley Heat Margaret Rowe book. This is where my organic pantser-ness has a downside. Write a synopsis before I’ve written the book? How the heck do I know what’s going to happen, LOL. That means trying to tame those squirrels in my brain, and they have resisted. The delivery date on the manuscript (Any Wicked Thing for now) is next February. Let’s hope my editor likes it so I can plot and plod along—and the squirrels cooperate and don’t eat up all the seeds.
Here’s an introduction to my very naughty hero, Sebastian Goddard, Duke of Roxbury:
The answer to all of Sebastian Goddard’s problems is right in front of him. He needs money and someone to bend to his dark fantasies, and there is Frederica Ward, all grown up, mostly willing and rich as sin.
Sebastian would recognize sin—he’s spent over a decade indulging in all manner of it, sometimes so thoroughly it’s impaired his memory. Ten years ago, he ruined his father the Duke of Roxbury’s ward, although he has no absolutely recollection of the event. Sebastian may be the duke now, but he’s dead broke thanks to his father’s obsession with medieval miscellany. He hasn’t thought of his childhood friend in years, but since her fate is in his hands, he begins to see a way out of his financial predicament and into her bed.
Plotter or pantser? Plantser? Do you dread deadlines? Do you work on more than one WIP at a time? What sinfully good stuff is happening in your life?

Click here to see how to order hcg drops.