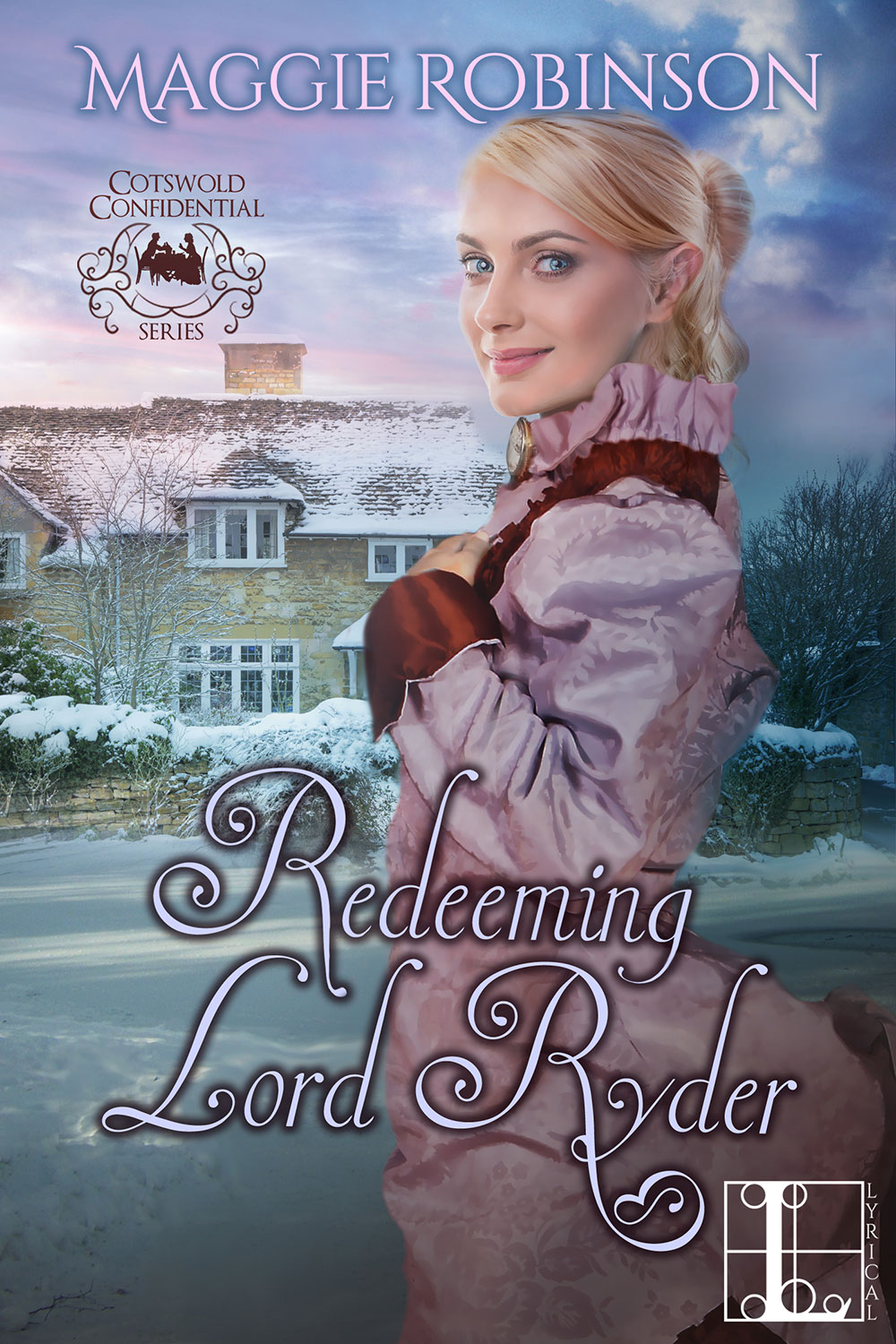 Return to the scandalous secrets of the English countryside’s renowned getaway for R&R—revival and romance—in this delightful series from Maggie Robinson!

After two months of treatment at Puddling-on-the-Wold, Mary Nicola Mayfield has shown no improvement, and her condition seems impervious to rehab. But Nicola is not the typical guest of Gloucestershire’s destination village for the wealthy and wayward. The trauma of surviving a horrific train wreck has rendered her mute; her injuries have healed, but try as she might, she cannot utter a sound. With her family and fiancé at their wits’ end, Nicola knows Puddling is the resort—the last resort—that holds any hope for her recovery.

Lord Jack Ryder—baron, businessman and, some say, mad genius—has gone from the heights of success to hit rock bottom, after a faulty girder from his iron foundry caused a dreadful bridge collapse. Nothing has assuaged his guilt over the passenger train that crashed or the lives that were destroyed. The stringent regimen at Puddling is not doing much for his deep depression—until he meets his mysteriously silent neighbor. Their fiery affair breaks all the rules, but will the unspoken truth be too hot to handle?

She wasn’t dead. That was surely a good thing, wasn’t it? But Nicola couldn’t seem to move from the corner where she’d been tossed.

This wasn’t supposed to happen in First Class.

The railway carriage loomed above her, compartment doors flung open. A few other passengers in the car, which had been mercifully mostly empty, were hollering for help or crying, clinging to their seats, their belongings tumbled about down the aisle. A shoe, quite a pretty one with a silver buckle, had slid down and hit Nicola’s shoulder and woken her up not long ago. A man with a bloody cheek lay inert just a yard away from her. Was he dead? She hoped not. They had been coming back from the dining car and he’d been a gentleman, steadying her arm when the tremors first stuck.

There had been an enormous rumble, she remembered, and then the sensation of flying through the air. The railway bridge had given way, and in Nicola’s estimation, they must now be on the roadway below the underbridge. Help would come soon. A derailed train was far too big to miss, even if they were in the middle of nowhere.

Nicola had been to visit her sister Francesca in London. Frannie had just had another baby, a beautiful little boy. It was unfortunate that he had been named Albert after his papa, but his middle name was Nicholas, and Nicola had been immensely flattered. She was his godmother, so nothing bad must happen to her. She had a duty to see to little Bertie’s immortal soul, and so she would, if she could ever stand up.

Her head hurt dreadfully. She shut her eyes, hoping to stop the nausea and dizziness.

If only the wailing would stop. It wouldn’t help anything, losing self-control like that. One didn’t complain if one could help it. The roar of the bridge collapse was sufficient to alert anyone in the vicinity. Shrieking like a banshee was unnecessary. Gilding the lily, so to speak.

Nicola opened her mouth to request that the screaming woman be quiet.

Well, not precisely true. There was a noise, a kind of rasp. Nicola tried again.

Another odd sound, like an animal in a trap. She felt a prickle of anxiety. There was nothing over her face to account for the odd, squashed noise. Was her throat damaged in the accident? Once she’d had a dreadful cold and had sounded like a man for a week. She and Frannie had laughed over it.

What had she wanted to say to the woman, anyway? She forgot.

It didn’t really matter. Help would come soon. She closed her eyes and slept, even if she was upside-down.

And dreamed that she was the screaming woman herself.